So we attempted the snow trip again last weekend and Yahoo!!! It was a great success. The temperature was in the 60's, the roads were clear and we found a fabulous and fast hill to slide down for several hours. Plus, Dustin and Tara and Lydia were with us! Below are my four favorite faces of the day:


Pookie finally gets to play in the snow. What a strange dog. She caught snowball after snowball in her mouth that we threw for her even after they exploded in her face. 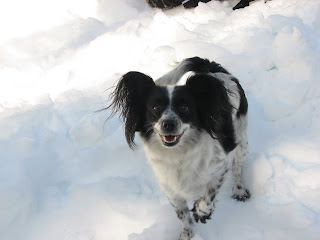 Now that's a much happier face than last time. 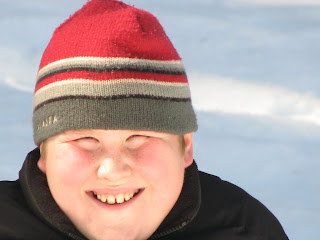 What a sweetheart Lydia was. She had a ball squealing up and down the hills: Excited going up knowing what was coming and excited going down. What a nut. 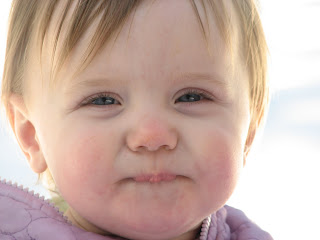 And seriously, who couldn't love this face? I'm a bit fond of it. 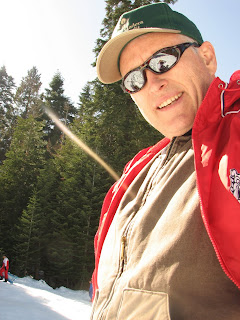 Kacey spent most of the day digging this hole.
Don't know why but she was happy and
ended up with a hole that was nearly over her head 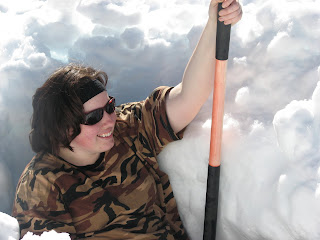 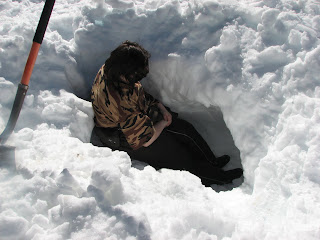 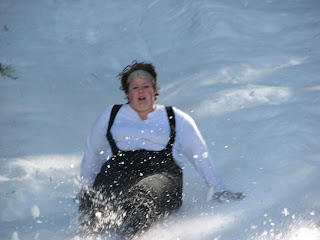 Go mommy and Kacey! Finally got her out of her hole! 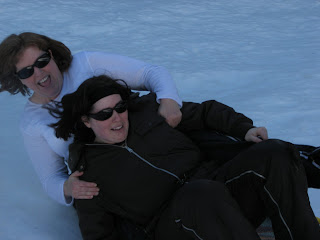 An epic snowball fight. What you don't see is the little 8-year-old-girl they are fighting (she had a little back up from her brothers). She was a fearless little thing zooming down the hill and taking on the Barros Brothers alone or with help. She just didn't care! 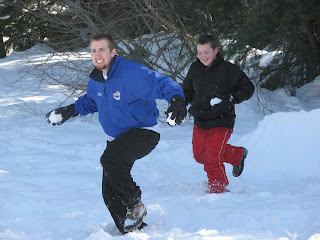 Even Pookie got to ride down the hill. No willingly and not often. 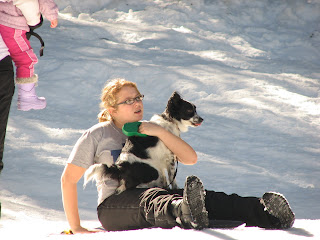 I did say that it was a fast hill, didn't I? 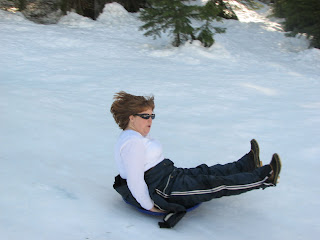 Go little family! I'm sad this isn't video because you really
could hear her from a long ways away. 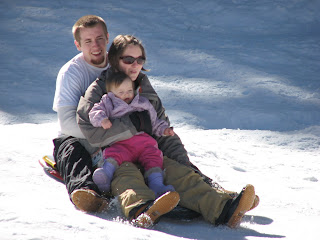 On my goodness, you and Kacey look so much a like in that picture... looks like fun, we were going to come down to go skiing in Mammoth sometime, if we can get our acts together!

I lvoe the picture of you going down the hill. That is great.

These are awsome, and it looks like a VERY fun day.

That looks like so much fun! We have hardly gotten any snow this year.